Microsecretory adenocarcinoma (MSA) is a salivary gland tumor that usually presents as a painless mass in the oral cavity. It was first described in case literature in 2019, with 24 definitive cases reported since its initial description. Of these cases, there is only one known to have arisen outside of the oral cavity; that case arose in the parotid gland. In this case, the authors present histomorphologic, immunohistochemical, and cytogenetic findings to support a diagnosis of MSA of the external ear canal in an 89-year-old woman. 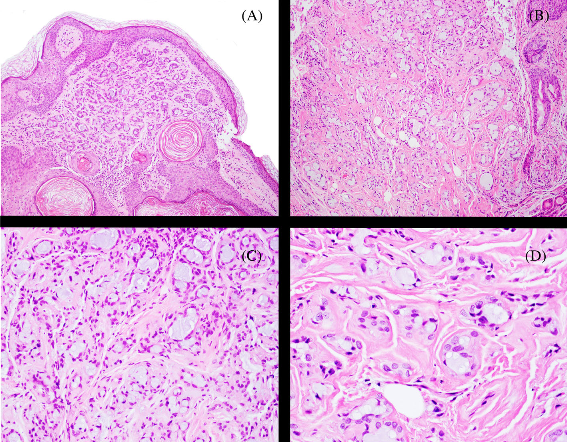 Break-apart fluorescent in situ hybridization (FISH) was then performed for the MAML2 and SS18 genes. MAML2 translocations have been implicated in the development of mucoepidermoid carcinomas whereas MSA is characterized by a gene fusion between SS18 and MEF2C. The SS18::MEF2C rearrangement is unique to MSA and was originally identified by RNA sequencing. Using a count of at least 100 cells and a 10% disruption threshold for gene rearrangement, the authors detected no disruption of the MAML2 gene (100% intact). On the other hand, they detected SS18 disruption in 60% of cells, which suggested SS18 translocation and a diagnosis of MSA. 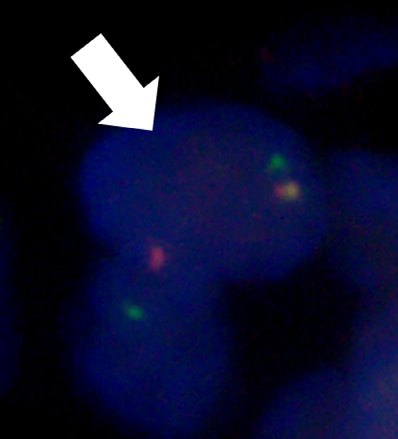 In summary, this case demonstrated an SS18 rearrangement along with histopathological and immunohistochemical findings characteristic of MSA in a unique extra-oral location. SS18 rearrangement is also seen in synovial sarcoma, which is characterized by SS18::SSX fusions and expression of TLE1. Interestingly, the authors noted nuclear TLE1 positivity by IHC in this case as well, which is the first report of nuclear TLE1 positivity in MSA. However, they note that expression of TLE1 by IHC is not entirely specific for SS18 rearrangements. More research needs to be done to clarify the molecular and diagnostic implications of this marker.